T he IPCC-  the world body responsible for assessing the state of scientific knowledge related to climate change, its impacts and potential future risks, and possible response options, has released its 2019 Special Report on Climate Change and Land.

The report states that "options throughout the food system, from production to consumption ...can be deployed and scaled up to advance adaptation and mitigation." Such options are said to include improved land management practices, food system diversification, dietary changes, and reductions in food loss and waste.

According to a summary article featured in the journal Nature, the report "describes plant-based diets as a major opportunity for mitigating and adapting to climate change ― and includes a policy recommendation to reduce meat consumption."

We note, however, that the report's Summary for Policymakers stops short of recommending that populations make the switch to plant-based eating patterns, instead opting to refer to the mitigative and adaptive potential of "balanced diets", which are said to feature "plant-based foods, such as those based on coarse grains, legumes, fruits and vegetables, nuts and seeds, and animal-sourced food produced in resilient, sustainable and low-GHG emission systems."

When it comes to livestock rearing itself, options are said to include "better grazing land management, improved manure management, higher-quality feed, and use of breeds and genetic improvement."

In response to the report, George Monbiot published a passionate opinion piece in the Guardian on August 8, 2019. The article, entitled ' We can’t keep eating as we are – why isn’t the IPCC shouting this from the rooftops?', asks why the IPCC irresponsibly understates the true carbon cost of our meat and dairy habits. The report, says Monbiot, "shies away from the big issues and fails to properly represent the science." The report, he says, also fails to account for something called "nature opportunity costs" associated with population-level dietary change, which would include the freeing-up of a huge amount of land-76%- that is currently being farmed.

Closer to home, Beef and Lamb New Zealand has released a statement in support of the report's findings, with a representative for the group stating that "New Zealand’s sustainable sheep and beef farm systems are well matched with what the report’s authors are talking about."

According to the IPCC itself, "the report will be a key scientific input at forthcoming climate and environment negotiations, such as the Conference of the Parties of the UN Convention to Combat Desertification (COP14) in New Delhi, India in September and the UN Framework Convention on Climate Change Conference (COP25) in Santiago, Chile, in December."

Additionally, dietary change can both increase potential for other land-based response options and reduce the need for them by freeing land.

EAT-Lancet /
Eating in the Anthropocence 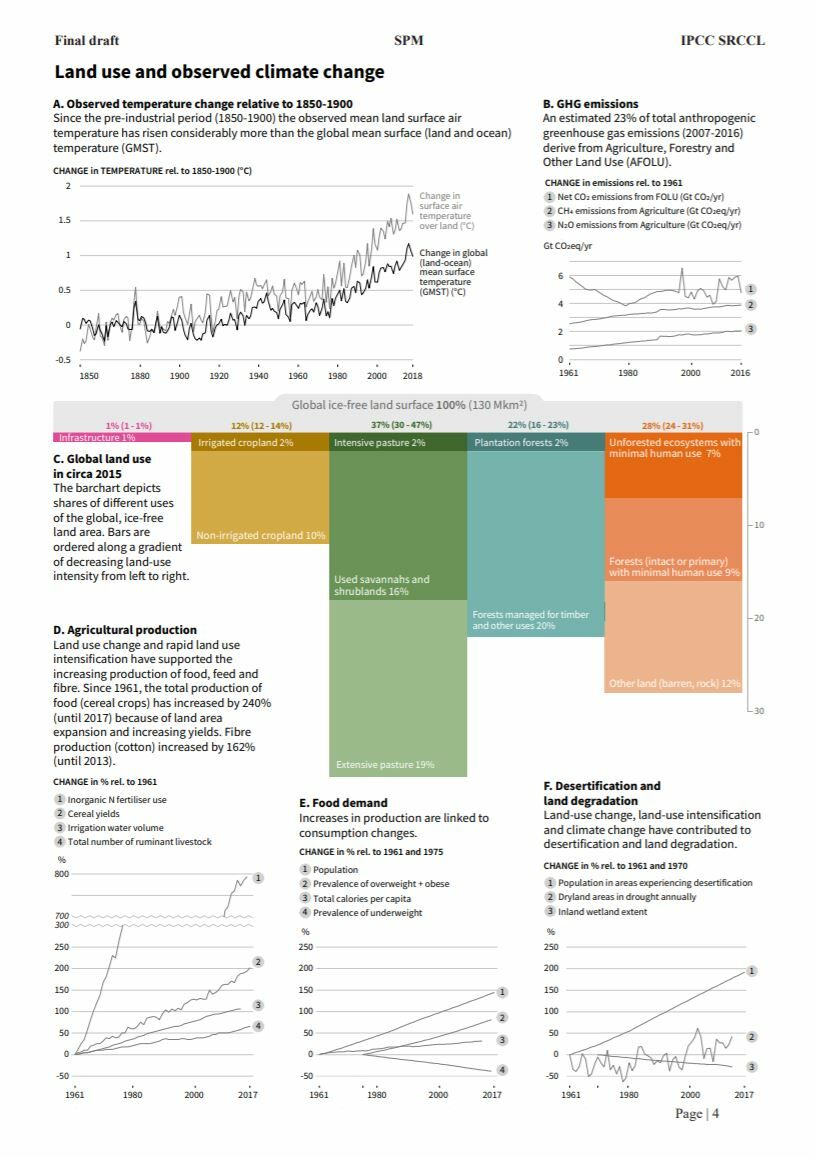 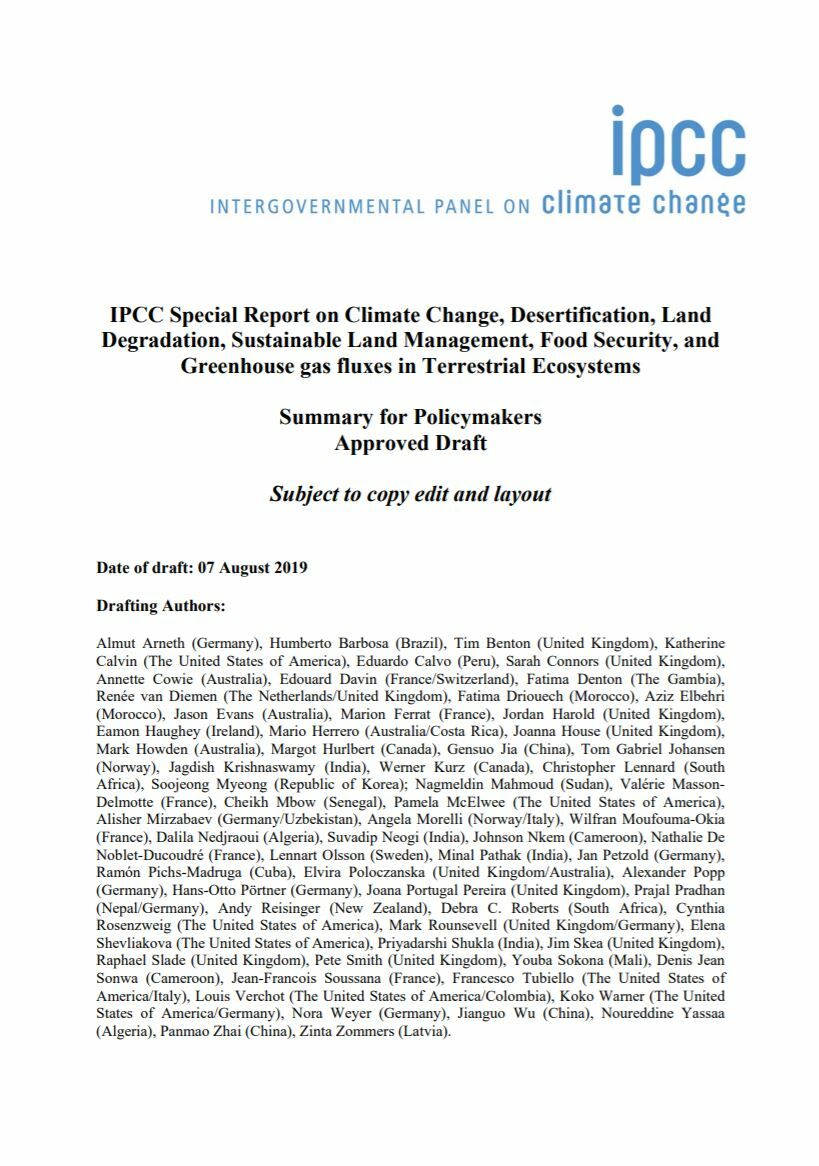