This post is a quick summary of a research report (below) by Petticrew et al., published in 2017 in the Journal of Epidemiology and Community Health.

According to the authors, it is important to recognise that the science behind public health problems is often multi-faceted- there may be a range of different factors that contribute to disease outcomes, including genetics, lifestyle choices, and other environmental influences and exposures.

Obesity, for instance, may be impacted by a person's eating pattern and physical activity level, but also by broader-level factors, such as policies, advertising, pricing, the built environment, and so on. In other words, the systems in which we live and interact may serve to promote obesity.

Other major public health issues are similar, in that problems emerge from highly interconnected systems.

Many commodities industries, however, including those that produce unhealthy food and/ or sugar-sweetened beverages (SSBs), also have a major stake in this concept of 'scientific complexity'. Ultimately, companies take advantage of this type of argument, citing the inter-connectedness of factors that may promote ill health, in order to declare that it is unfair to place blame on their products. Warding off public health interventions or major policy changes that would negatively impact their business is a primary goal.

Unhealthy commodity industrie‍‍‍s create unhealthy products for our consumption- these may include food, drinks, cigarettes, or other substances. These industries and organisations ultimately end up contributing to poor societal health, and are known to play a critical role in the development of chronic conditions like obesity, diabetes, and cardiovascular disease, among others.

Corporations use a range of strategies to dispute their role in causing public health harms... This is well documented in relation to the activities of the tobacco industry, but research on other industries is less well developed. Petticrew et al., 2017

Unhealthy commodit‍‍ies industries are known to use particular strategies to defend their own practices, and/ or to try and slander the work of public health researchers and policy-makers.

The tobacco and alcohol industries are known to purposefully misrepresent scientific information and evidence in the name of advancing their own interests.

The tobacco industry, so as to foster confusion, has come up with various explanations for the link between smoking and disease outcomes (eg, cancer, cardiovascular disease), none of which have had anything to do with cigarettes themselves: stress, pollution, viruses, food additives, occupational hazards, and so on have all been demonised for this purpose by the industry.

Creating doubt about the potential or well-known harms of their products is common place among such industries.

Industries use the concept of 'complexity' to their own advantage by claiming that the role of their products (unhealthy food, for instance) in the causation of poor health or chronic disease cannot be determined with certain‍‍‍ty‍‍‍- in other words, the issue is too complicated to be fully understood.

By making systematic comparisons, this study investigated how four major commodities industries (food, sugar-sweetened beverages (SSBs), alcohol, and ‍‍‍gambling) have used the concept of scientific complexity in their publically-available reports and publications, on industry websites, and so on.

According to study authors, key themes emerged from their investigation:

So-called complexity arguments, as described above, are frequently seen within industry resources, strategies, and other documentation. The drivers of public health issues are touted not only as being highly convoluted, but also entirely 'outside of the control of policymakers and industry'.

Industries commonly place blame on other factors aside from their own products, and often go a step further, arguing that individuals themselves are responsible for their own choices, and therefore for poor health outcomes as well. The complexity of societal and cultural differences, it's argued, are also likely to mean that over-arching public health policies are unlikely to be effective.

An example from the food industry:

A class action law suit against McDonalds, in which two New York teenagers ‍‍argued that the company was liable for their obesity, took place in 2002 (Pelman vs McDonalds Corp). The company's rebuttal centred around the idea that obesity is 'complex and multifactorial, and that the plaintiffs needed to show that other possible causes of their obesity were ruled out.'

An example from the alcohol industry:

International spirits, wine and beer producers submitted statements to the World Health Organization Strategy on Alcohol in 2009. 54% of those submissions referred to the complexity of the relationship between alcohol and adverse health outcomes, while 68% argued against ‘one-size-fits-all’ solutions. These concepts frequently occurred together. ‍‍‍T‍‍‍he following statement is from the Brewers Association of Australia and New Zealand Inc.: Solutions commonly proposed by industries include addressing problems through ‘partnership’, while the need for more information and education for individuals is called for as well. While this might sound well-intentioned, these industries cannot be counted on to provide unbiased information to consumers about the potential harms of their products, nor can they be trusted to support best-evidence practices.

An example from the sugar-sweetened beverage (SSB) industry shows the outright rejection of health-related policies- typically the taxation of SSBs. Again, a problem like obesity is argued to be too complex for 'simplistic approaches' or 'single solutions' like a product tax.

Another example from the food industry shows the exact same approach.‍‍‍ ‍‍‍The director general of the Food and Drink Federation, the representative body for the UK food and drink manufacturing industry, in a 2015 letter to the head of the National Health Service in England, explains why sugar should not be demonised in terms of its impact on obesity:

Interestingly, the gambling industry responds to challenges concerning the harms associated with its business in much the same way.

‍‍‍According to the authors, 'the idea that problematic gambling behaviour is complex, and that existing research does not provide sufficient grounds for interventions, is very widely employed and influential...'  The industry often appears to place blame squarely on the shoulders of individuals, rather than on advertising, activities, or certain products (ie, industry-related causes of problem gambling) :

Having talked about complexity in terms of associations with public health problems, industries then use this as a platform from which to argue that singling out certain produ‍‍‍cts is just too simplistic; essentially, they contend that 'simple solutions' (ie, regulation of their products) would be ineffective. 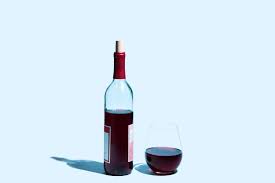 The gambling industry also appears to favour educational solutions to problem gambling. The Association of British Bookmaker’s describ‍‍‍es its approach as being 'based on effective education and prevention techniques, designed to prevent people from getting to a stage where they have a problem with their gambling.’ International evidence, however, suggests that structural changes, such as maximum bets or machine design changes, may be significantly more impactful.

According to the authors, examples given within their report serve to highlight the problem as it now stands.

Complexity, they say, "represents an industry 'frame’ that is used to influence public perceptions and political debate. Understanding this can be an important part of analysing, developing and implementing effective policy."

Although the tobacco industry has used complexity arguments and other tactics for decades, this analysis shows that commodities industries aim to influence a range of other policy debates, too.

Across all of these industries, public health problems are framed as being too complex. Industries say that we need, but lack, perfect evidence on how to solve such problems, while current solutions (typically, public health policies) are too simplistic and therefore won't be effective.

Unhealthy commodities industries use a lot of faulty reasoning in their arguments, including the idea that, because a problem is complex, we can't know for sure that a certain factor (like alcohol or cigarettes, or instance) is involved in causing health problems. The industry says that we need perfect proof of this relationship.

This is easily de-bunked by looking at the case of tobacco and lung cancer- the disease has a complex aetiology, yet smoking is understood to be its most important risk factor: most cases of lung cancer occur in smokers. Yet there is no ‘perfect’ evidence of the association between lung cancer and smoking, and there never will be: there are no randomised controlled trials (wherein people are assigned to smoke a certain amount, with disease outcomes observed over time) for obvious ethical reasons.

Those who work in public health know that 'complexity' doesn't stop researchers from identifying significant contributing factors to a particular problem. We can still address these factors to the best of our ability, while recognising that industries will always put themselves first.