O besity is becoming increasingly prevalent in virtually every corner of the world, despite three decades of work by national and international health bodies to reverse this pandemic. Disappointingly, not a single country has been successful in reducing the prevalence of obesity among its population.

According to the Lancet's new Commission on Obesity, co-authored by Auckland University's Boyd Swinburn, this collective lack of progress is largely due to our failure to address the systemic drivers of obesity— namely, the lack of political leadership to institute evidence-based policies, insufficient public demand for urgent policy change, and, above all, powerful lobbying efforts by vested interests.

A similar lack of progress has been noted on two other global fronts: under-nutrition, which, unfortunately, is back on the rise again, and climate change, with global annual greenhouse gas emissions also increasing after a brief plateau between 2014-16.

Not only are under-nutrition and climate change grave threats to humanity, as is the obesity pandemic, they are also underpinned by many of the same systemic drivers described above. Hence the Commission on Obesity's broader focus on the so-called 'Global Syndemic', which unites these three intricately interlinked global issues into a single challenge for human and planetary health: the 21st century's most paramount, according to the report.

The concept of a 'Global Syndemic' offers a united framework for action, which highlights the scale and urgency required to tackle these triple pandemics, while also emphasising the need to consider each issue in the context of the others. For instance, the report discusses 'double duty actions' that offer win-win opportunities— that is, they help to lower rates of obesity while simultaneously mitigating the impacts of the climate crisis. One such example, involves the incorporation of sustainability considerations within national food-based dietary guidelines, which is quickly becoming a global trend.

Malnutrition in all its forms, including obesity, undernutrition, and other dietary risks, is the leading cause of poor health globally. In the near future, the health eﬀects of climate change will considerably compound these health challenges. Climate change can be considered a pandemic because of its sweeping eﬀects on the health of humans and the natural systems we depend on (ie, planetary health). These three pandemics—obesity, undernutrition, and climate change—represent The Global Syndemic that aﬀects most people in every country and region worldwide.
The Global Syndemic of Obesity, Undernutrition, and Climate Change: The Lancet Commission report, 2019

EAT-Lancet /
Eating in the Anthropocence

Shifting population-level consumption toward eating patterns that are predominantly, or exclusively, plant-based will be critical in addressing The Global Syndemic— yet efforts on the part of government to encourage this transition have been met with fierce resistance from beef, dairy, and highly-processed food and beverage industries, the report highlights.

Failed attempts by United States and Australian health authorities to include sustainability messaging within their respective national dietary guidelines offer poignant examples of how disruptive and pervasive industry influence continues to be. In contrast, a move by Health Canada to exclude industry representatives from the revision process of their newly released Food Guide allowed for a much more progressive, healthier, and plant-focussed message to emerge.

A significant portion of the recent Lancet Commission on Obeisty is dedicated to discussing the unabated drivers of The Global Syndemic, particularly the food and fossil fuel industries whose commercial interests are increasingly at odds with public and planetary health.

For instance, governments around the world continue to offer annual subsidies in excess of $5 trillion to these industries— the Commission recommends that such subsidies are redirected toward renewable energy infrastructure and sustainable agriculture.

Furthermore, the authors discuss the need to reorient current 'profit-only' economic models so as to incorporate social and environmental value— after all, 'superficial repairs at the edges' of the food system will not be sufficient in achieving this century's necessary global outcomes.

Among other efforts, stronger accountability systems; improved management of conflicts of interest; upstream monitoring of implemented policy measures; and the creation of platforms that encourage stakeholder interaction, including scientists, policy makers, farmers, and indigenous populations, are highlighted as key actions to address The Global Syndemic. 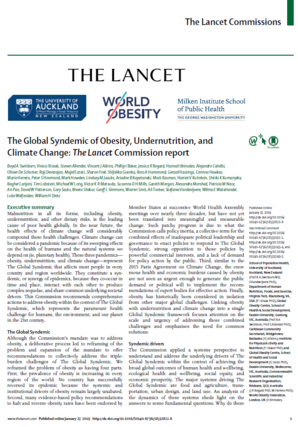 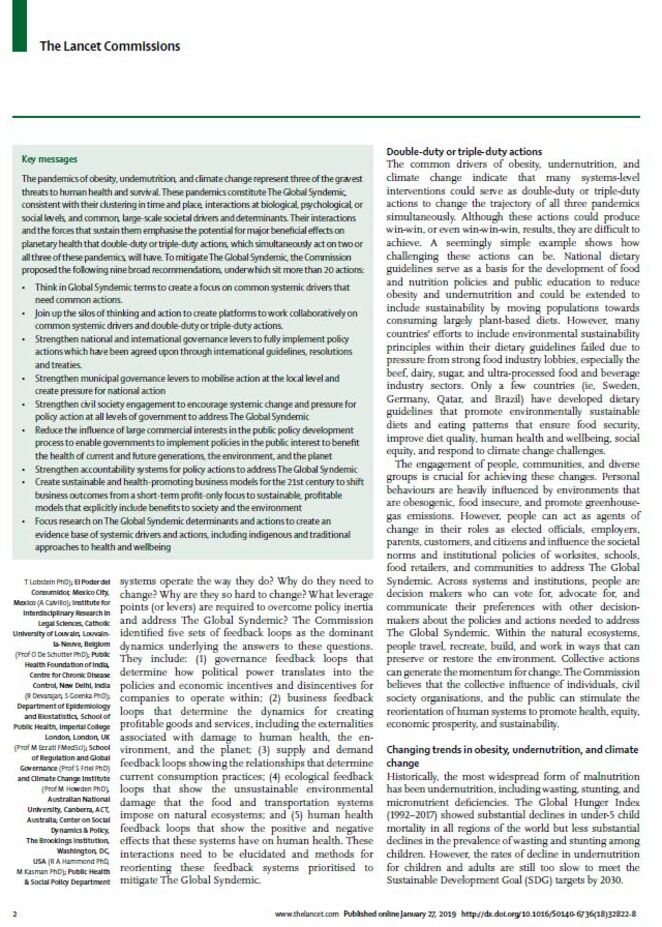 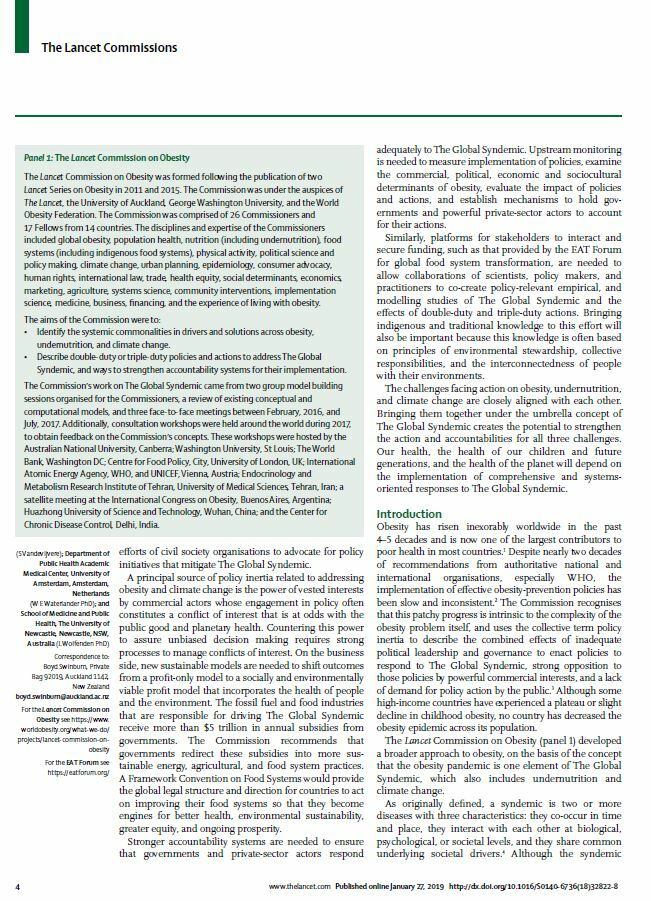 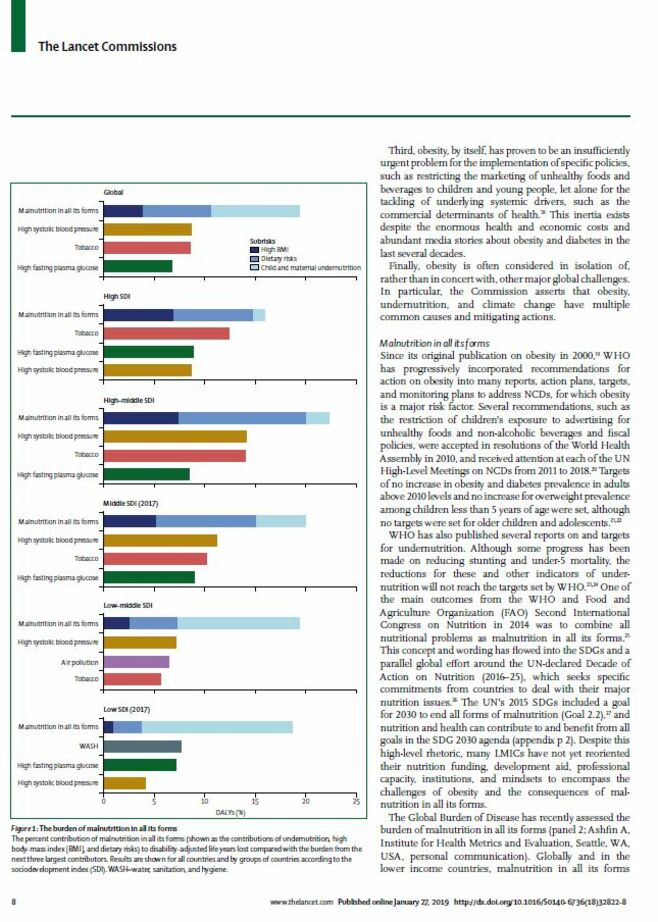